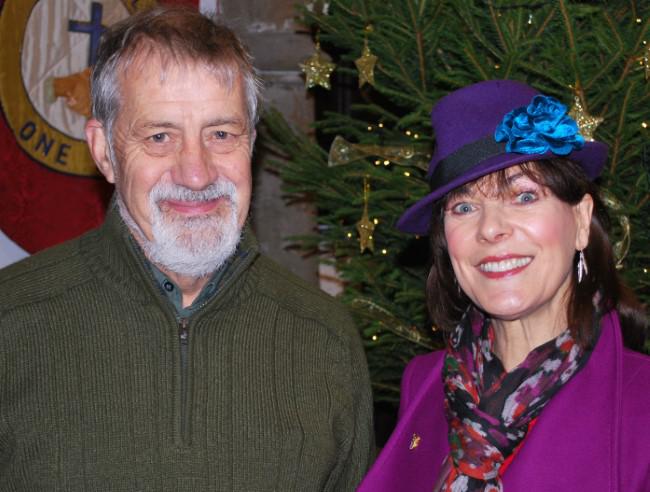 Sedgefield’s recent Christmas Tree Festival in St Edmund’s Church has raised over £3,500 which will be shared equally between the church and the Great North Air Ambulance.

The cash for the church will help repair damage to the roof of the south transept which was targeted in 2017 by lead thieves who caused £30,000 worth of damage.

Reader Michael King (pictured with television personality Pam Royle who opened the festival) said this week: “The result reflects the magnificent efforts of a small group of volunteers who deserve our great thanks as well as the generosity of all our various supporters”.

He also praised the local businesses and voluntary organisations who sponsored and decorated the 47 displays and which he described as “a great example of the community spirit evident in Sedgefield”.

The free, six-day festival attracted visitors from all over the North East.

Organisers are planning a formal presentation of cheques to the Great North Air Ambulance and church representatives early in the new year.