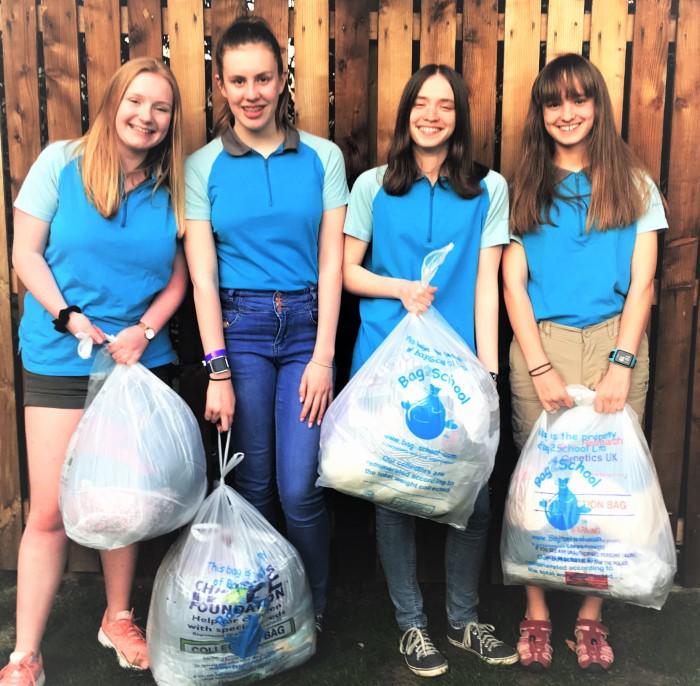 The four have been selected for the international projects next summer by Girlguiding North East England but need to raise around£2000 each towards the cost.

The four have already been hard at work fund-raising and are now hoping to raise around £300 by asking church members and supporters to fill bags with unwanted used clothing, shoes, linen, bedding, towels, curtains and soft toys (excluding duvets, pillows and cushions) which will then be sold to the Bag2School charity.

Bags can be returned to Kate’s mum, Susan, at St Edmund’s Church by e-mailing her at jonsuswallace@aol.com or calling her on 07753 470350.

Mrs Wallace said this week: “The girls began fundraising late last year. So far they have hosted a coffee morning, held Christmas stalls, played Christmas carols in Sainsbury’s Supermarket, staged a fashion show with Betty’s Boudoir and done sponsored runs and a swim.  They really do deserve all the support they can get.”

Footnote: The next fundraising event by the Rangers will be a Ceilidh on April 27 in the Parish Hall. Tickets cost £12.00 and include a pie and pea supper. There will also be a bar. Tickets are available from Jaiz Hairdressers or from Marie Walker  at marie.walker1992@gmail.com