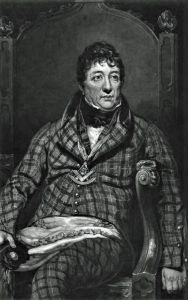 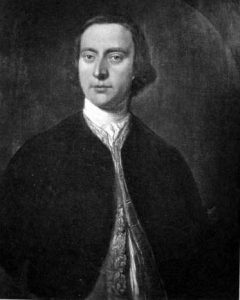 Sedgefield area residents are being asked to turn detective and help with research into the nephew of a Scot who took part in the 1745 Jacobite rising, was captured at Culloden, imprisoned in London and sentenced to death for treason - but was reprieved at the very last moment.

Researcher Norman Abbot was at St Edmund’s Church, Sedgefield, this week looking for any references to William Farquharson who studied in the Durham area and boarded with Dr William Wrightson, surgeon, of Sedgefield, around 1772-4.

William, the nephew of Jacobite supporter Francis Farquharson of Monaltrie, was being tutored at the time by the Revd. William Longstaffe, Vicar of Kelloe, who may also have lived in Sedgefield.

Mr Abbot has undertaken extensive research into the Farquharsons, an important family on Upper Deeside in Aberdeenshire who were based near Braemar.

“I’d love to know if anyone could identify Wrightson’s or Longstaffe’s place of residence in the Sedgefield area,” said Mr Abbot this week.

He’s equally interested in discovering the house on the north side of Old Elvet in Durham where Francis Farquharson lived with his wife, Elizabeth Eyre (who is commemorated in a fine monument in St Oswald’s Church, Durham), from c1766 to 1786.

Some years ago, Mr Abbot did a leaflet drop in Durham to try and identify the house – but without success.

Anyone with information about the Farquharsons, Wrightson or Longstaffe can contact Mr Abbot at naxa4402@gmail.com.

Footnote:  Francis’s sentence of death was commuted to internal exile in southern England which lasted for 20 years, but after eventually regaining his freedom of movement and settling with his wife in Durham, he made annual expeditions back to his native part of Scotland. He was responsible, among other things, for building the first bridge over the River Dee at Ballater near Balmoral.