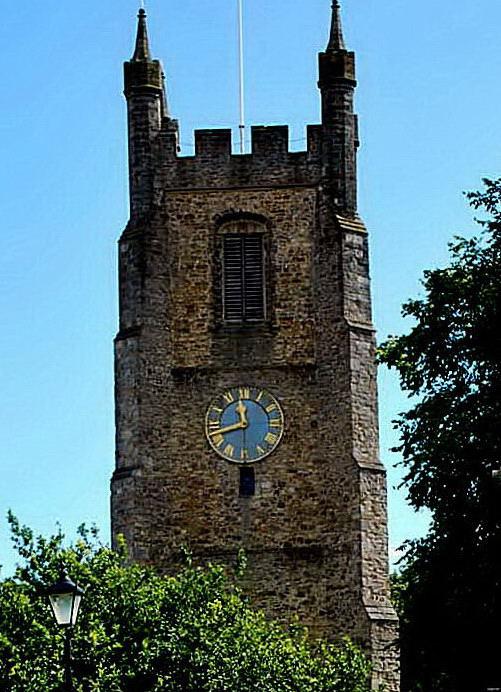 Sedgefield discovers the sound of silence

Time is standing still in Sedgefield at the moment . . .
The clock on the tower at Edmund’s Church has been silent since the weekend when part of the winding mechanism cable snapped.

And it is not yet known when the quirky clock chimes will be heard again in the town.
(It won’t chime one-o-clock at all, sometimes it chimes fewer times than it should and on at least one occasion actually chimed 13 times).

Specialist clock repairers are expected to visit St Edmund’s at the weekend to assess the damage and estimate the cost of repairing the winding system. Some time in the future, part of the clock will need to be removed and repaired to correct the chiming fault at an estimated cost of more than £2500.

Churchwarden Brian Mutch explained this week: “Because so many people rely on the clock to keep appointments of various kinds, we are keen to get it back into good working order as soon as possible.

The clock (pictured) has served the town since 1897 when it was first installed to commemorate Queen Victoria’s Diamond Jubilee.  It originally took 45 minutes every week to wind but was electrified in 2003.