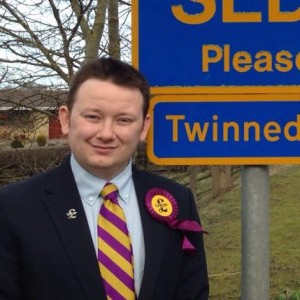 Recently equality quota’s have taken the country by storm. There appears to be a real urgency to see discrimination in every organisation and around every corner. Don’t get me wrong though I agree we shouldn’t purposefully discriminate against anyone based on their attributes such as skin colour, gender or religion I think we as a nation have missed the point.

We now have a scenario where organisations (including Labour and the Conservatives) think they must have a quota of different minorities in order to be seen as ‘fair’. When what we should be doing is promoting people on merit.

UKIP has many female members in prominent public positions but they are there on merit and every single one would be offended if it were on any other basis and this is just one example of how it should be.

I actually believe that quotas are discriminatory against people. They insinuate that those people would not be in the position if it weren’t for their physical attributes which is demeaning for them. They also stop capable people who are not in those categories from getting those jobs despite any chance they are better at it. On that basis quotas could be seen as sexist, racist or even homophobic.

It is about time we went back to a society where hard work resulted in promotion rather than physical attributes. The other parties talk about fairness and equality so how about we start with that.

Comments may be left for the author of this page below;