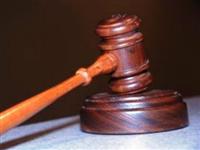 Our parliament is made up of all of the countries in the UK. Each represents their own constituency, region and then country. Some countries have devolved parliaments like Scotland and Wales but bizarrely not England.

There is an argument that because the main parliament is in England everyone has a right to vote on all issues that occur there. I can see the point but it is wrong.

Not all of the issues that need discussing involve the other countries. These are laws that affect England alone yet all of the countries currently are able to vote on them.

So let’s flip it around and see it from another way. Surely it would be fair for English MP’s to vote in other parliaments? It isn’t? Well that doesn’t seem right does it?

I don’t think that’s fair and neither do UKIP which is why we fully support English Votes for English Laws.