A council has been honoured for its work in supporting serving and former members of the armed forces.

Durham County Council has been presented with a silver award by the Ministry of Defence through its Defence Employer Recognition Scheme.

The scheme rewards and recognises UK employers and organisations that pledge, demonstrate or advocate support to the armed forces community.

Since signing the Armed Forces Community Covenant in 2012, the council has undertaken a number of initiatives, including setting up a proactive armed forces forum which champions the help and support available to the armed forces community.

The authority has also developed a dedicated human resources policy to support reservists, which includes the right to up to 10 days of special paid leave for training.

The council’s housing allocation policy has been revised to ensure there is no disadvantage to veterans and their families, extended the scope of welfare rights referral criteria and ensured that its schools admission code does not disadvantage armed forces children.

There is now a dedicated page on the council’s website detailing the support available to the armed forces community and, this year, the authority has held a service of thanksgiving for the armed services and beacon lighting ceremonies to mark the anniversary of VE Day. 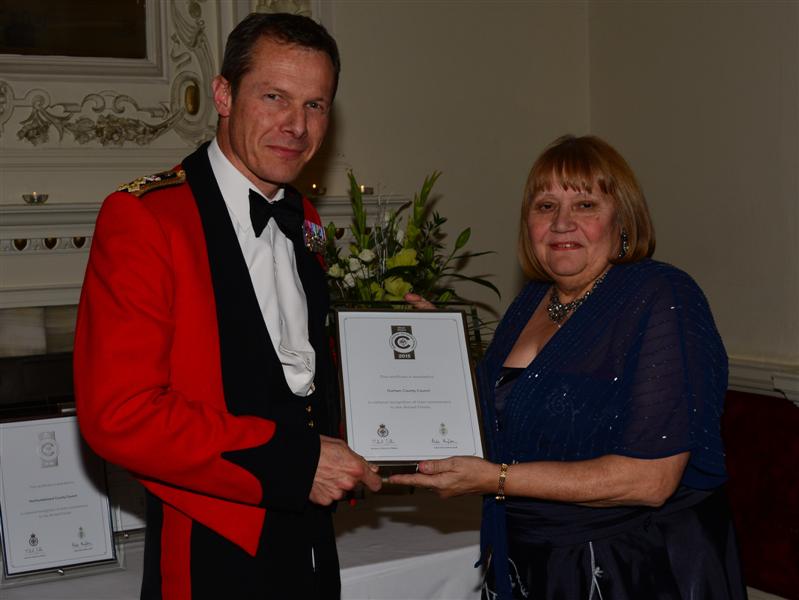 She said: “Durham County Council is committed to ensuring veterans and serving members of the armed forces and their families have access to the help and support they need. We are honoured that our efforts in this area have been recognised by the Ministry of Defence.”