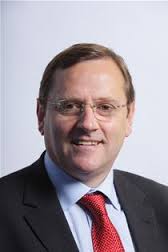 Phil Wilson, the Labour parliamentary candidate for Sedgefield, supports Lidl’s plans to expand its staff from 270 to 340 in Newton Aycliffe, in the Sedgefield constituency. If approved by Durham County Council, Lidl will extend an existing building in Aycliffe Business Park and create an additional 53 car parking spaces over two phases.

Lidl sent letters to all candidates contesting the Sedgefield seat requesting support for their expansion plans. Local media reports noted support from only the Labour candidate.

Phil says: “Many know I am a supporter of business in the region and have played a role in helping develop and bring new business to the constituency of Sedgefield. This has resulted in many new jobs and better security for working families which is something I will continue to fight for if I am re-elected.”