HOW TRIMDON GOT ITS NAME:
IT WAS ONCE TONSURE

King Canute was the bloke we named Trimdon,
A real ancient Brit and so brave.
He took a day off for to do it,
He was fed up with talking to waves.

And he was sick as a parrot of fighting Scandhanoovians and blokes from that way,
So he thought he’d give thanks to St. Cuthbert
At Durham, on Big Meeting Day.

First call in at the Village for a haircut, Being King he didn’t have to pay.
So he had the lot, not too much off the top Blow wave, shampoo and D.A.
It was right bloody weather for pilgrims, The rain coming down heavens high,
But what else could you expect at Trimdon Towards the end of July?

Barefoot, he squelched past the fish-shop, Turned right into Garmondside Way
And he wished he’d left it till next week
‘Cos the rain had spoiled his D.A.

He had a right raving time in the North East, He thought what a grand place to settle.
Shacks to be bought, Pit-work wasn’t short And the Red Lion’s beer in good fettle.

To the end of his days,
round the Trimdon’s he stayed,
I’ve seen the book so I’m sure.
But how, under the sun, did it become Trimdon
From a queer bloody name like Tonsure.

Inside cover pictures from the original booklet: 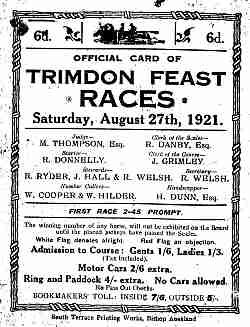 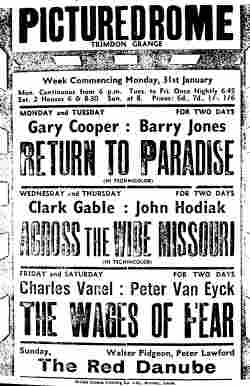