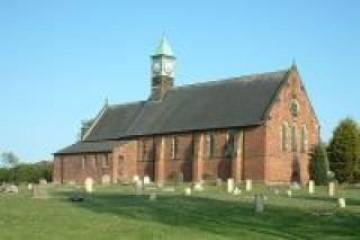 A brief history of Saint Paul's Church, Trimdon, The Palatine of County Durham, England
courtesy of and compiled by Mr. Christopher Jameson

History
(Courtesy of: https://www.thenorthernecho.co.uk, and https://www.durhamatwar.org.uk)
Welcome to Saint Paul's Church and Churchyard it is commonly referred to as the Pitmens church.
St. Paul’s Church, Commercial Street, Trimdon Colliery held its last service in 2007. It once contained a number of features dedicated as war memorials, some of which have been moved to other locations. 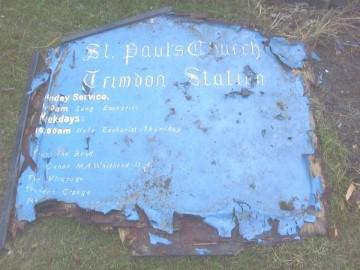 Some of the miners whose graves are located within the confines of Saint Paul's Churchyard:
(Courtesy of: http://www.dmm.org.uk, and the 1905 Mines Inspectors Report (Cd 2910)
Robinson, John, 06 Apr 1887, aged 51, Engine man, explosion of an underground boiler in the main coal seam, Buried:
Smith, Owen, 23 Aug 1905, aged 31, Deputy, when firing a shot for a hewer the charge exploded, he probably lit the squib instead of the match, Buried:

Two persons were killed and 47 injured whilst using explosives ; both the fatal cases were due to the premature explosion of the shot, and both occurred when using gunpowder. One took place at Trimdon Colliery on the 23rd August, and caused the death of a deputy who was firing a shot for a coal hewer. The shot had been got ready and was to be fired with a squib and slow match. It appears to be the custom for some of the men to take off the sulphur match and substitute one of their own made of paper which has been soaked in a solution of saltpeter and sugar ; a few grains of powder are shaken out of the squib on to the touch paper which is then twisted round the end of the squib forming a new slow match. The men say they prefer this, as by testing it they can satisfy themselves as to the speed with which it will burn. The man no doubt when lighting the match set fire to the powder, and the shot immediately went off and blew off a triangular shaped lump of coal which struck him in the side, fracturing his ribs and puncturing his lung. He died shortly after reaching his house.
This is a dangerous and quite unnecessary practice. The match of the ordinary squib runs from 60 to 70 seconds which is not at all too long to allow a man to retire to a place of safety, and with proper handling they are very reliable; but it is a common thing for a man when firing a shot to bite off a piece of the match in order that the shot may be fired more quickly, and several accidents have been caused through it. This should not be allowed under any circumstances.
Source: 1905 Mines Inspectors Report (Cd 2910)

Thanks go to Chris Jameson of Bishop Auckland, Ferryhill & Spennymoor Nostalgic Society for this short article. 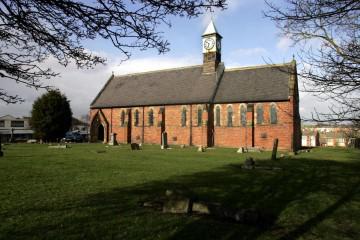