An article written and courtesy of Trimdon man Stuart Thomas 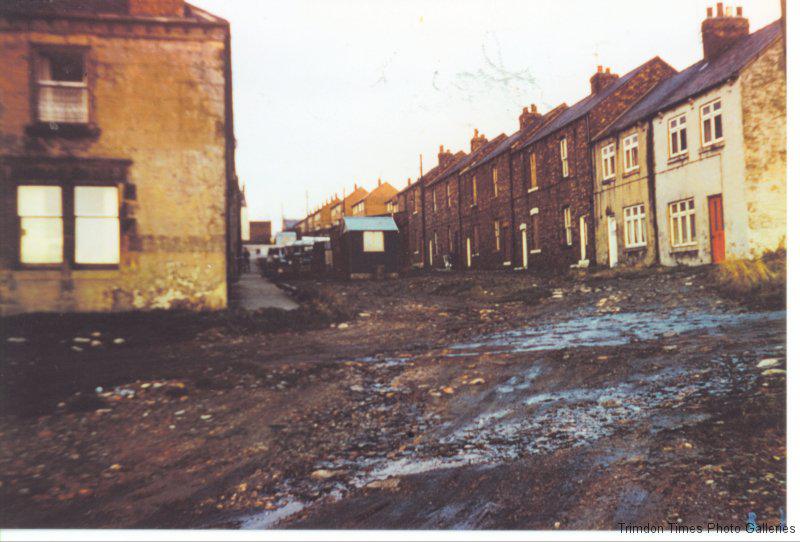 Back when I was young in the 'olden days' they had clubs for people like me they were called Over 60's Clubs, I have no idea who went or what went on there, I only know that you had to be over 60 to get in, it was probably a bit like club 18-30 but with housie, headsquares, flat caps, snuff and St Bruno ready rubbed. To be honest with you I don't even know where they had the Over 60's shindig every week, I suspect it was upstairs in the workman's club on a Tuesday (I have no idea why I said Tuesday other than that I think that was when they had it).

It doesn't seem ten minutes since I was 19 or so and only 15 minutes since I was a bairn growing up in Coffee Pot.
If I told you about Coffee Pot I am sure that a lot of you would recognise exactly what I was talking about, outside toilet, only cold running water, tin bath in front of the fire, damp, blackclocks, damp blackclocks, frost on the inside of the windows, coats on the bed in winter to help keep you warm, a big black range with an oven next to the fire, putting ashes out in the street to fill the potholes only to have the rain wash them all out again, squares of The Northern Echo hanging on a nail (no Andrex puppies to wipe your bum on back then), canvas round the edge of the room and a huge clippy mat in the middle (no fitted carpets them days) , great big roaring fires, the coal man dumping the coal outside the coalhouse and having to shovel it all in by hand.

We lived in 15 Low Dyke Street, Trimdon Colliery and that address was one of the first things I was taught to remember, it's not there now, demolished in the clearances of the late 60's, don't ask me why I was taught to remember it cos I have no idea I just did, I suppose it was to stop me getting lost and you know what? When I lived there I was ashamed of living somewhere called LOW DYKE STREET and the conditions we had to live in but believe me when I say they were the happiest and most care free days of my life, I had people around me that loved me and cared about me, I had lots of friends around my own age to play with and I am lucky enough to still be friends with some of the kids I grew up with down Coffee Pot all those years ago, one of them is one of my closest friends to this day, others I haven't seen in 40 or 50 years but we remain friends and keep in touch thanks to the internet.

The internet! There's something that wasn't even conceived when I was a boy.... we would have thought it was witchcraft! Oh we had computers, well the government did, and they filled whole rooms down in London with them but they only had the computing power of a 10 bob calculator from Woolworths but they still used them to calculate how to send various animals and people into space, who would have imagined that one day we would all have a computer at home and another in our pocket or bag? Back then flying jet powered cars is what we all thought we would have in the 21st century rather like Dan Dare or Flash Gordon not boring things like digital watches, microwave ovens and computers, damn it we had to wind our own watches and clocks and cook our food from scratch, what kind of existence is that?

The other day I heard "In My Life" by The Beatles on the radio, the lyrics went like this;

and it really made me think, as I was humming along to the tune, about MY life and the things I have seen and done, the people I have known, those I have loved, the places that I have been, the places that were, the places that are, the places that have changed, some folk say it's not good for you to dwell in the past, well I don't think I DWELL in the past, I have a love and an undying respect for those who like me lived the hard times cos believe me it wasn't easy, back then it wasn't even clean for goodness sake, with mud, smoke and soot and mucky pit clothes and a street that was nothing but mud and ashes but our mam's kept us clean and tidy and warned us about the dangers of catching Typhoid if we played near the sink in the gutter again, I didn't even know what typhoid was but I knew it must be nasty!

I was born just 12 years after the end of the second world war and in Coffee Pot I can tell you it was all a bit grimm! The good thing is that we were surrounded by people who loved us and looked out for us, we had a community back then, something that seems to be lacking in these villages today, we had aunties and uncles that weren't even related, we had parents and grandparents who had dignity and a strong sense of what was right and what was wrong and those values were passed on to us by the community we lived in, none of us had very much but we were willing to share and to help where we could but sadly those values have been watered down and eroded and will become even more diluted by future generations, I fear that people will become more and more isolated and suffer all of the things that social isolation brings with it like increased risk of mental health issues such as depression, dementia, social anxiety, loneliness and low self-esteem as well as associated physical health issues and of course the lock downs we have suffered because of Covid haven't helped at all.

I haven't finished just yet, I still have plenty to say about being 60 odd and 'getting on a bit. Stay safe,

Have you any memories to add? Cancel reply