My name is Angel Watson, I am a community organiser based at Trimdon Station Community Centre and working in the Trimdon Area. 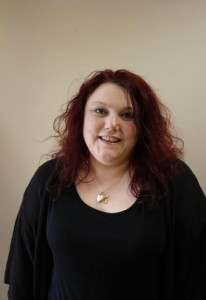 I am employed by East Durham Trust. Originally I was supporting setting up a Job Club, but from listening to residents in the community I am finding that there are other issues that need to be addressed, such as transport.

Angela Watson is our Community Organiser based in Trimdon Station and funded through the Coalfields Regeneration Trust and Locality. Are you from that area? Do you have something to say or something you would like to change about your local area? Then get in touch with Angela and she will help to make it happen.

Angela is generally based in Trimdon Station Community Centre and you can reach her on angela.watson@eastdurhamtrust.org.uk or 01429 882200. Alternatively you can contact the Trust on 0191 5693511.
Please suggest any other concerns which should be addressed using the feedback form below.⇓