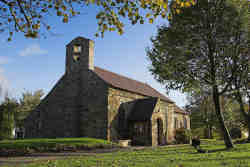 St Mary Magdalene Church exploded into a mass of enjoyment at the final event to secure funding for an accessible toilet in St Mary Magdalene Church in Trimdon Village. The event which was organised by 15 year old Adam Luke is considered as one of the most successful events in almost 900 years of the buildings history, raising the wonderful sum of £2260. Tickets for the Grand Summer Draw were sold by congregation members to friends and family from the beginning of May. Prizes included a Weekend Break to London won by Marlene Husband of Trimdon Village, Afternoon Tea at Wynyard Hall won by Michael Wilson of West Rainton and a Pamper Day won by Lorraine Rowell of Trimdon Grange.

In addition to the draw, the Framwellgate School Student organised the Official Draw Evening which took place on Saturday 17th July. The draw was conducted by North East Entrepreneur of the Year Nickie Gott who spoke to a crowd of approximately 65. Ms Gott commented on the success of the evening hailing event organiser Adam Luke as “a true inspiration”. Also entertaining the attendees was World Champion Spoon Player Bert Draycott who wowed the crowd with his famous three Rs, Blackhall Bounce and Fishburn Flick! Skerne opened the evening with a programme of famous Folk Songs and entertainment also included Ann Lamb a newcomer in the local folk and music scenes who was amazed at the warm Trimdon Welcome that she received.