Farm Watch Operation.
Last Night Local Neighbourhood Police Officers with support from the Durham and Cleveland Road Policing Unit conducted extra patrols in and around local Farms in the Sedgefield, Fishburn and the Trimdons.

As a result of this operation 2 vehicles were seized suspected to have no insurance both drivers reported for document offences, one male arrested for breach of curfew/bail conditions. A vehicle had been stolen from Trimdon Colliery earlier in the night this was subsequently pursued by our colleagues in the Cleveland Force area and two persons were arrested and the vehicle seized.

Arrests.
On the morning of 11th of March 2015 the Neighbourhood Police Team assisted in the arrest of two local youths from Fishburn in relation to a recent shed burglary and a theft from a vehicle. In both crimes tools were taken, as a result of yesterday’s enquires the majority of the tools have now been recovered. Both youths have been bailed pending further enquiries and the tools will be returned to the rightful owners. Anyone who has any further information please contact us using 101.

Facebook.
IMPORTANT INFORMATION!!
From Monday 23rd March we will be moving to a new Facebook page called ‘Sedgefield Police’ This is to improve the way we are using our Facebook page and to encourage even more people to like us.

The old page will no longer be used after Monday so please click on the link below to like our new page and keep up to date with what’s going on in Sedgefield Fishburn and the Trimdons. 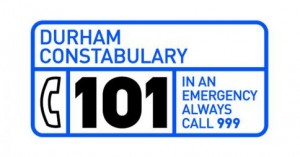 If you are deaf, hard of hearing or speech impaired you can textphone 18001 101.