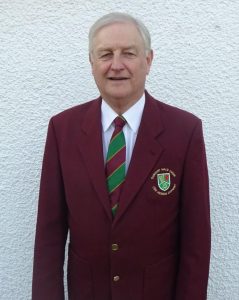 Ex-Trimdon man David Rose, now living in Wales, can tick another box on his ‘bucket list’ as he continues to battle with Myeloma and works through things still to achieve. ( My Life With Myeloma )

Since January this year David has been attending the twice-weekly choir practices and rehearsals of Dunvant Male Choir in Swansea. After undertaking two subsequent voice tests he has now been accepted as a member of this prestigious Choir. As their website shows, he is listed as a new recruit - dunvantchoir.wales.
(Update from David Rose 9th July 2019)

The Choir have performed all over the world and are one of the best male choirs in the whole of Wales (the best, in David's view- no bias of course!), having previously won the National Eisteddfod and been voted as the Best Choir in Wales. David is believed to be the first person from Trimdon to have joined a Welsh Male Voice Choir (unless anyone knows differently). He will be ‘staged’ for the first time in a concert this July as the Choir continues to progress with the rehearsals of its wide-ranging repertoire.

(Something very special is due to take place with the Choir in July but unfortunately he is not at liberty to disclose this yet - we'll be told in due course!)

David's greatest difficulty settling into the rehearsal sessions is working from such a low base of song knowledge compared to others in the Choir. He is not a Welsh speaker and a lot of the songs are extremely difficult to learn as the Welsh language is not an easy one to master. However, he is in the fortunate position of having two daughters who teach Welsh in local comprehensive schools, who are more than willing to correct his Welsh pronunciations.
David has received an extremely warm welcome from the members of the Choir and is one of only a handful of English-born members in the group. The sense of camaraderie within the Choir and the humour that abounds during rehearsals is something that anyone brought up in Trimdon can associate with instantly.

This was part of his individual audition, which had to be sung to the Musical Director as a soloist :