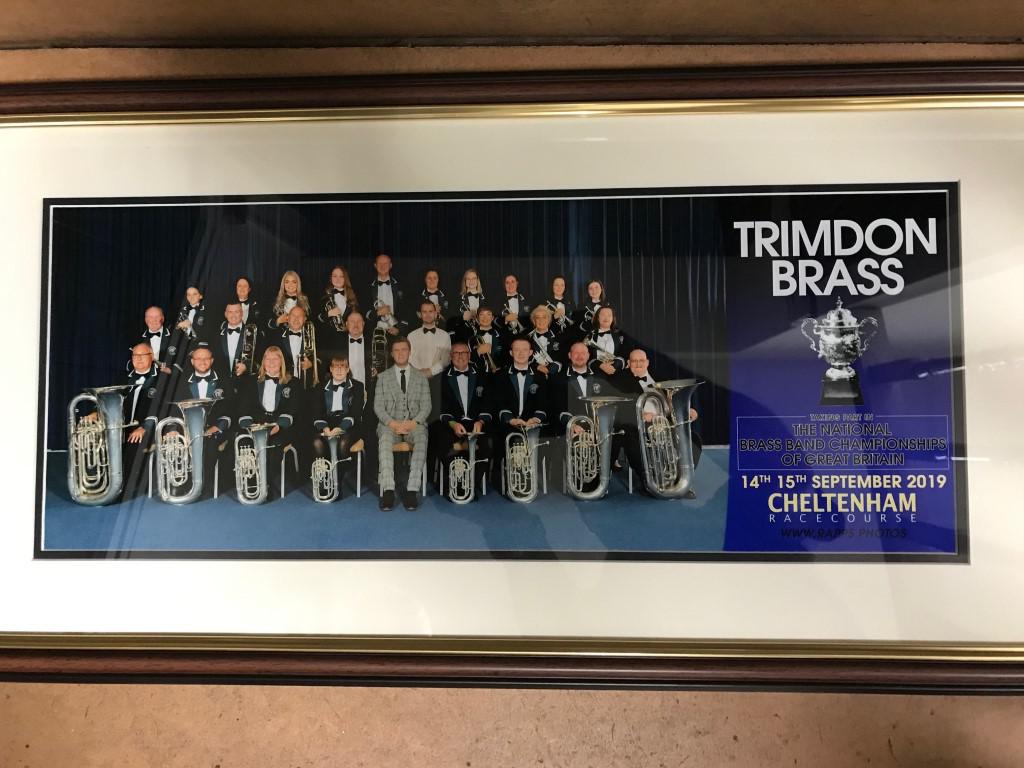 As the end of 2019 draws near, I cannot let it pass without remarking upon the headway and achievements made by Trimdon Brass Band, during the year.

Back in March, they went to the Gala Theatre Durham as a section 4 band with hopes of qualifying to represent the North East in the finals of The National Brass Band Championships to be held in Cheltenham mid-September.  Having played their test piece, they not only earned a place in the finals but were PROMOTED (there and then) to section 3.

Thus they came away thrust into the deep end with a more difficult test piece to come to grips with in a very short time.  By the way 66 other section 3 bands bit the dust in the Area competitions.

When Will Harrison first saw the score of "VIKING  AGE"  , he flicked through it and said  "we can do this, but there are a FEW tricky bits".  Under Will’s Musical Direction and the dogged determination to follow the dynamics of the piece as he wished to hear it, they practiced and repeated those difficult bars over and over again and with such concentration they brought a smile to his face which meant they could go to Cheltenham with some confidence, they had made it to the last  18 in section  3.

September 13th they made their way to Cheltenham and returned on 15th having been placed 11th (which meant they beat another 7 section 3 bands).  Not bad for the first attempt in this category.  The world of Brass certainly was made to take note that TRIMDON BRASS is a band to be reckoned with.

Two other "SPECIAL  EVENTS"  must be mentioned;

The SENIOR BAND were invited to give a concert at Ushaw College which was very much enjoyed by all concerned.

The younger members joined other band members from different area bands performing music from “AROUND THE WORLD “, they did so well.

Thank you TRIMDON BRASS BAND FOR GIVING US ALL SOMETHING TO BE VERY PROUD OF AND ALL BEST WISHES FOR 2020.  The framed picture as shown above is there for posterity.