Buses proudly displayed Mick Evan's name on the day of his funeral service. 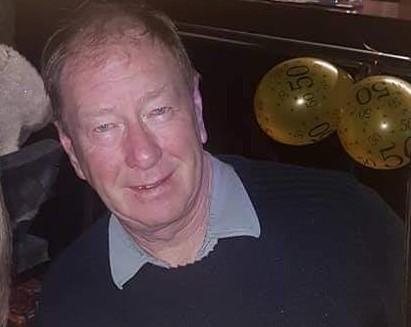 Devout Hartlepool United fan Mick Evans, 64, died earlier this month after collapsing from an aneurysm while walking across the yard at Stagecoach’s Brenda Road depot. A colleague attempted to revive him before he was pronounced dead when paramedics arrived.

Ahead of his funeral on Wednesday, July 15, buses and coaches run by firms he used to drive for displayed the message “RIP Mick Evans 1956-2020”. Many were planning to stop for a minute to mark the beginning of the 1.30pm service.
With attendance restricted to close family because of social distancing regulations, hundreds more mourners waited outside St Mary Magdalene Church, in Trimdon Village, to pay their respects.

Mick, who died just before midnight on July 3, previously drove for United, National Express and Durham Travel before joining Stagecoach.
Steve Walker, Stagecoach North East’s managing director, said last week: “He was a fantastic guy who made the depot buzz and he will be really missed.”

Mick is survived by wife Dorothy, 63, who works at Peterlee’s Asda supermarket, and children Nick, 44, a delivery driver, who now lives in Stockton, Rebecca Dempster, 42, of Trimdon Station, who works in a call centre, and Michael, 36, a floor mechanic, of Bishop Middleham, near Sedgefield. He was also grandfather to Tia Maitland, great grandfather to Isaac Maitland and will be missed by sisters Evelyn Gowland, Nichola Dodsworth and their families.

Michael told the Mail last week: “It was completely unexpected and it has left the whole family broken.
"I had only spoke to him on the lunchtime and he was as right as rain.”
"His family came first and then his love for Pools. He loved the club and helped them out so much over the years.”
Michael, previously Pools club mascot H’Angus the Monkey, added: “He was a larger than life character who lit the pub, village or town up.

Mick, of Trimdon Station, raised money for Pools whenever they were in financial difficulty and also volunteered his services in the 1970s to build walls inside the club’s then Victoria Road ground.