TRIMDON GRANGE TRAGEDY
It happened on November 19th 1926, the year of the National Miners strike.
During Industrial Depressions, it was the practise of miners, at least in Durham County, to dig for discarded coal in the pit heaps.

At Trimdon Grange, two local men entered an abandoned cavern to obtain coal when the sides caved in, partially burying Herbert Owens, aged 21, of Oswald Row. His perilous position was soon realised but while other men were tunnel¬ling to extricate him a further collapse of the sides took place, completely burying the man.
The would be rescuers increased their efforts to release Owens, and three times rope was passed under his shoulders and three times attempts were made to pull him out.

The unfortunate man however, was wedged in, and the sides continued to fall. Shoring the sides with timber was resorted to. At 5.00 p.m. it was decided to make a new tunnel into the heap to endeavour to release him, and shifts of six men wearing gas helmets, worked frantically but it was 10.00 p.m. before Owens was got out, his body was in a very bad condition being almost burned by the nature of the heap.

Playing leading roles were two local men, Mr. John Beattie and Mr. Joseph Clark, who with total disregard of their lives, faced extreme danger. They were both awarded the George Cross for their brave efforts. 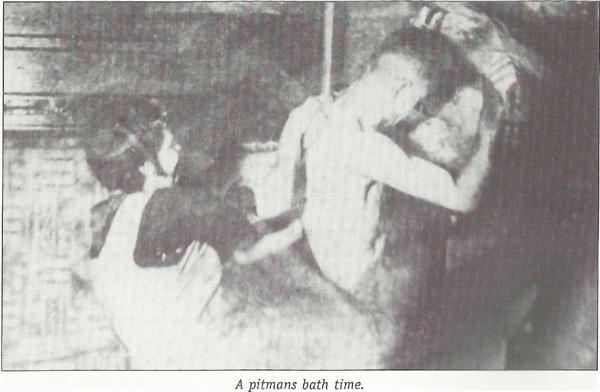