TRIMDON GRANGE PIT
The Pit was sunk in 1845 by Joseph Smith, a Newcastle Merchant, and the place was called “Five Houses”. It was presumed that there were only five houses there. They were very primitive and built of stone. Later, when more houses were built, the name was changed to Trimdon Grange. Trimdon being after the original Trimdon and Grange after Grange Farm which was nearby the Watch Bank where now stands “The Grange”. By the Five Houses was a large pond, presumably to do with the pit, so when anyone wanted to go to Five Houses, they always called it, “Over the Water” (Ower the watter). One Thursday afternoon at 2.30 p.m., 280 feet down in the Harvey seam, there was a terrible explosion, this was on February 16th 1882 and many lives were lost. Much has been written about this horrible tragedy which left mothers without sons and wives with no husbands and no income to bring up a family. In 1847 further shafts were sunk and families came from Lancashire, Cornwall and Wales. Some Welsh people could speak only poor English. 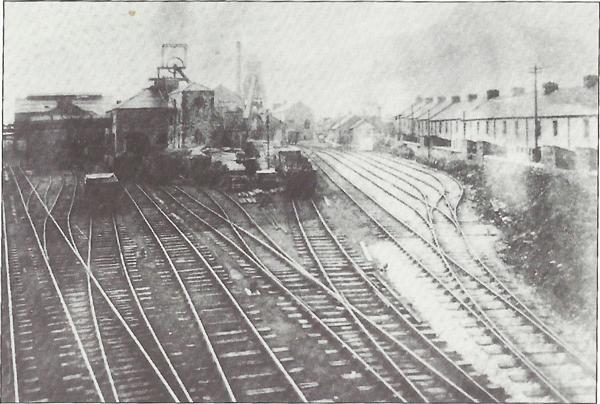 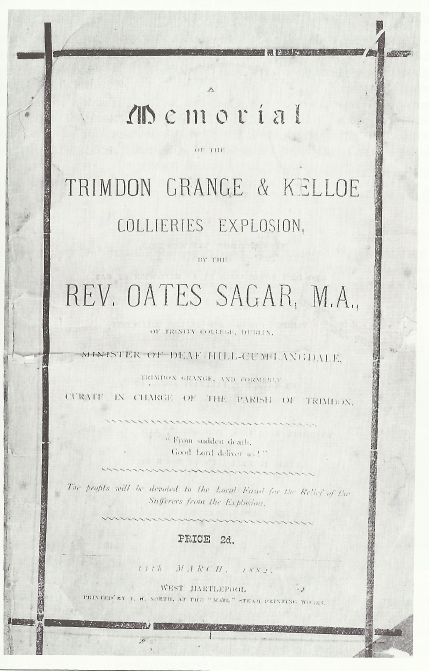