PITS
The “old” pit as it was referred to, was sunk in 1839, mainly by the money of millionaire John Gully. 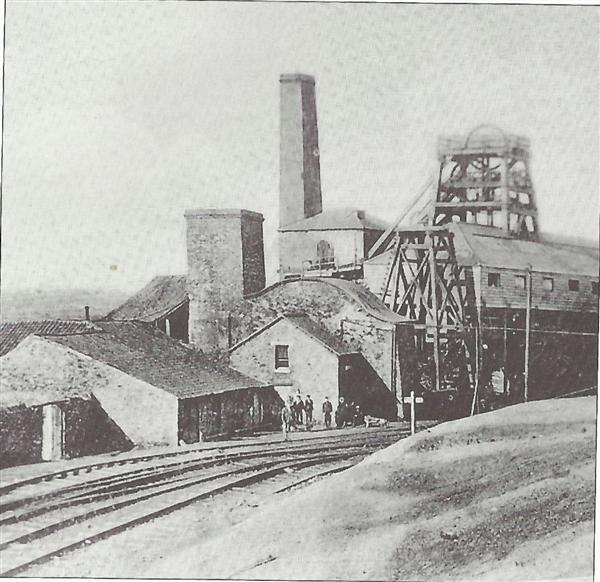 Mrs. Bella Hill tells how her Grandfather Mr. Joseph Makepeace worked as a Sinker of this old pit. They used to descend in a bucket with one leg in the pail and one leg out to steer against the shaft. One day, a girder fell on his head and he had to go to see Dr. Russell. Fourteen stitches were put in the gash and then he returned to work ! ! When the cage was placed it came to ground level and the men walked straight in. One day a Mr. Lister and a pony went to go into the cage, but it was at the bottom of the shaft and so he and the pony fell down it and were killed. There was always steaming hot water from the boilers and the women living close by were able to take their buckets and collect red hot water on washing days. The engine to pull the trucks had a shape resembling a coffee

The way to the Foundry under the Station Bank.

pot, one of the reasons the nearby street was so named. The pit was closed in 1909. It left a dirty pit heap that stretched to Luke Street, but no one now could guess that, as it is all levelled and we have a good neighbourly Community Centre there.
The truck rails were first laid and crossed the road between Rodwell Street and Luke Street and went under the Archway that led to the Foundry houses. When it was found the engine was too tall to go through the Arch, the rails were re¬directed straight to the station. The first shipment of coal to Hartlepool Docks was in 1843. By the pit yard were a few stone built cottages, this was called the Raff Yard. They only had one entrance at the back and the window touched the ground. They must have been very low for it was joked that a tall man could step outside from the bedroom window 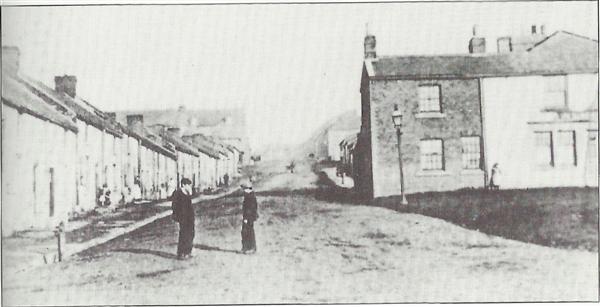