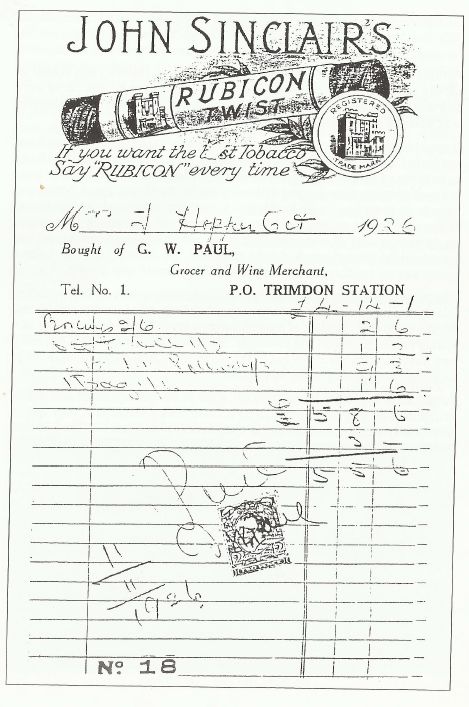 Youngsters who were not old enough for paid work were always on the look out for coppers, perhaps by shovelling coal into coal houses, minding horses or acting as a runner between the two picture houses.

There was the Picturedrome at the Grange and the Imperial at the Colliery. The latter was built on the site of the first Wesleyan chapel and the former was near where the TMS garages were later built. They both belonged to the same people and they changed their programme every two days and on a Sunday. The show ran a serial (Tom Mix, Mary Pickford being favourites), a full length and news etc. While the Grange showed the first part of the show the Colliery showed the second part and they were then swapped over. To manage this they employed boys to run with the containers of film between the two halls. The boys really did run via the black path as this was before the first world war when there was no connecting road. Thus the owners could do two film shows for the price of one. The picture halls were not ‘posh’ places. They both had an upstairs and a downstairs. The front seats down below were wooden forms mostly for children – admission 1d. The halls did create a few jobs. There was the man who had to try to keep the children quiet, the person who took the money and the person who showed the films. To add to the enjoyment of the film there was a piano with a pianist who played music to match the picture. It was a puzzle wonder¬ing how to play soft music for the sad parts and then change to loud, quick time for the action parts-especially when the pianist was a blind lady. When films were shown at the Victory Assembly Rooms in George Street it was run by the family owners, The Markies. Madame Markie and her husband came from abroad