ONCE upon a time, a long, long time ago, a wooden cross stood on top of a high hill. Later a church took the place of the cross with monks living beside it where the residential Tremenduna Home now stands.

The little farming village surrounding the church became known as Trim and Dun meaning hill and water, because the river Skerne rises at Hurworth Burn where the white monks lived. Now the village is Trimdon and is parent to more villages bearing the name of Trimdon, which is very confusing to strangers who regularly lose their way.

Locals call the original settlement either Old Trimdon, or Trimdon Village but signposts just show Trimdon and leave the word village off, hence many visitors find themselves in the wrong village. 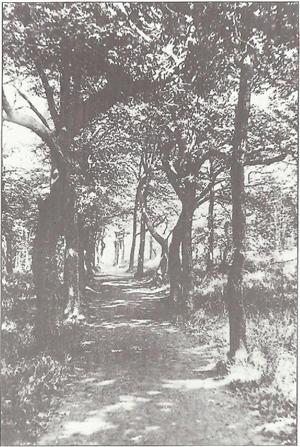 In the last century, prospectors started looking for coal, and with the financial help of the famous boxer, John Gully, a pit was sunk by the base of the Fox Covert, not far from Trimdon. A village grew around this pit and it was called New Trimdon, but later became known as Trimdon Colliery.

A few years later another pit was sunk from the other side of the Fox Covert, at Five Houses, which was by a stretch of water, the houses often referred to as being ‘Over the Water. As this was still in the Trimdon area, it was given the added name of Grange, after a very old farmhouse on the Watch Bank called ‘The Grange; thus Trimdon Grange was born. As in the case of the first pit many houses were built for the miners and their families. They were built on what had once been a plantation of trees and that area is still known as the ‘Planton’ or to be precise the ‘Plantation’, even though all the houses are now modern ones 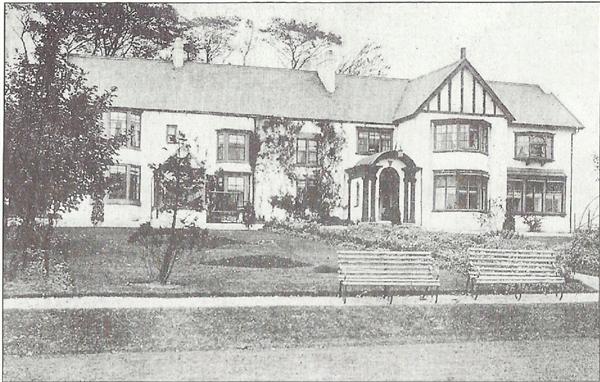 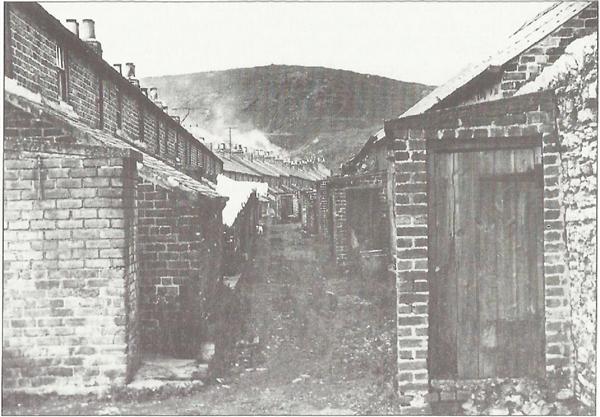 A Plantation back street with netty, Grange pit heap towering over all.

Evolution of the Trimdons (pages 2 and 3)